The Daredevils took an early 1-0 lead in the bottom of the first inning, after Dylan Harvey scored from third on a ball that got away from Little Creek catcher Aaron Flanagan. The Daredevils then added a run in the third to take a 2-0 lead when Chris Childress drew a walk with the bases loaded.

The Stars cut the deficit in half in the fifth inning when Michael Liburd scored on a Tevin Sumblin groundout to second. The Stars then tied the game at two when the John Amos singled home Sumblin from second.

The Daredevils scored three run in the bottom of the eighth inning, which included a two-run single by Brad Keen that brought home the game-winning runs. Xavier Barriere then singled home Keen to make it a 5-2 game. Weston Glienke came on to pitch the top of the ninth inning, and picked up his second save of the season despite allowing a run.

Adam Poldberg earned his first win of the season, after coming in to relieve Kyle Spruill. Spruill went seven innings, allowing a pair of runs and six hits while not issuing a walk. Spruill also struck out five.

The Daredevils begin postseason play Wednesday when they host the Greenbrier Knights in the first round of the Tidewater Summer League Playoffs in a best of three series. Gates open at 6, with first pitch to follow at 7:05. Coverage of Wednesday’s game can be heard on News Talk 98.1, WOBX-FM. Coverage begins at 6:30. 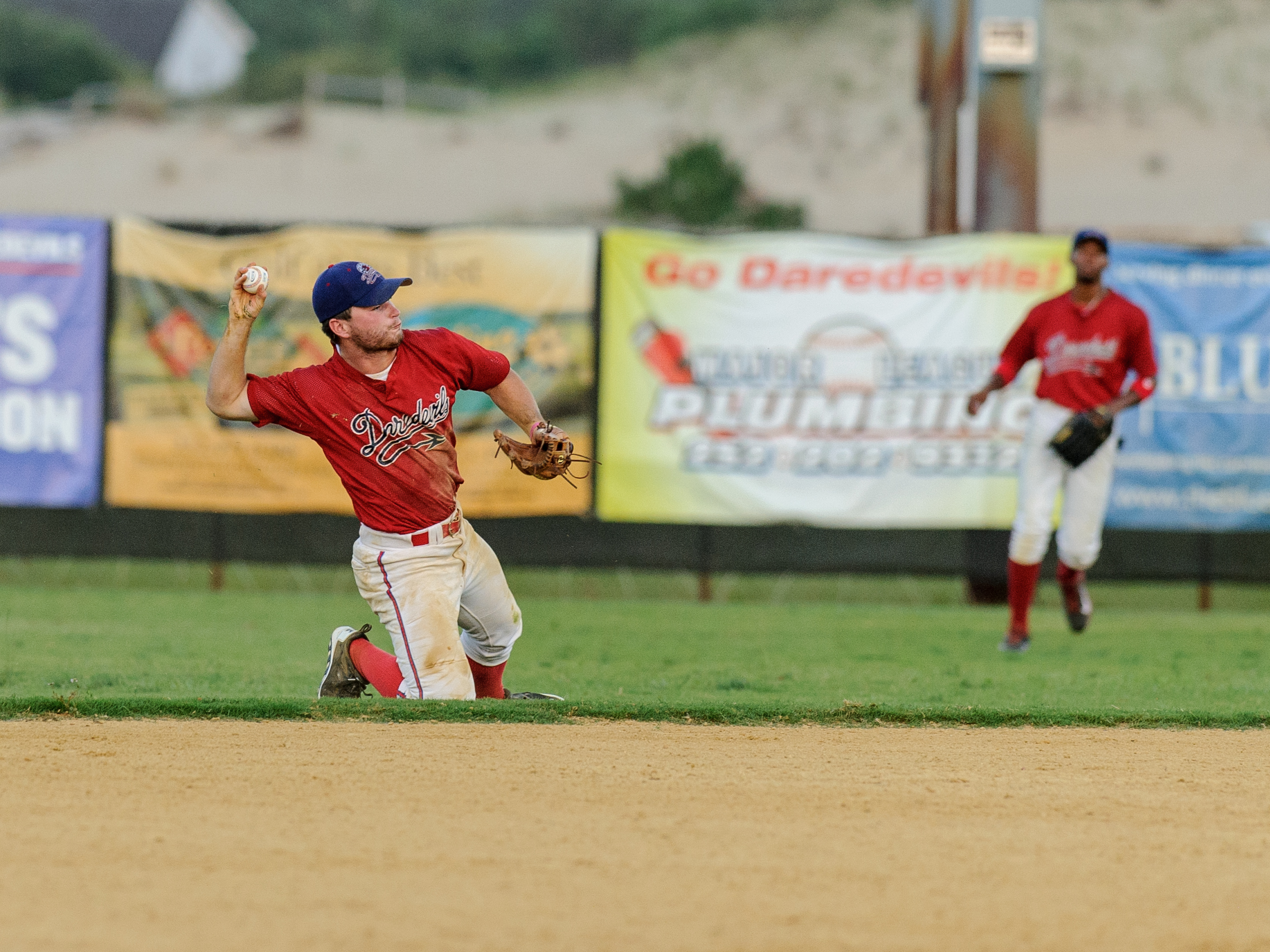