In addition, Payton Holdsworth has been awarded the Tidewater Summer League’s 2017 MOST OUTSTANDING ATHLETE, awarded to the league’s overall top two way player.

On the mound, Payton Holdsworth, put up impressive numbers all summer, leading all qualified pitchers, in both league’s, in ERA, WHIP & BAA. His pitching numbers are as follows:

At the plate, Payton Holdworth put up equally impessive numbers when not on the mound, also playing short stop and left field, making zero errors on 22 chances. His batting numbers are as follows: 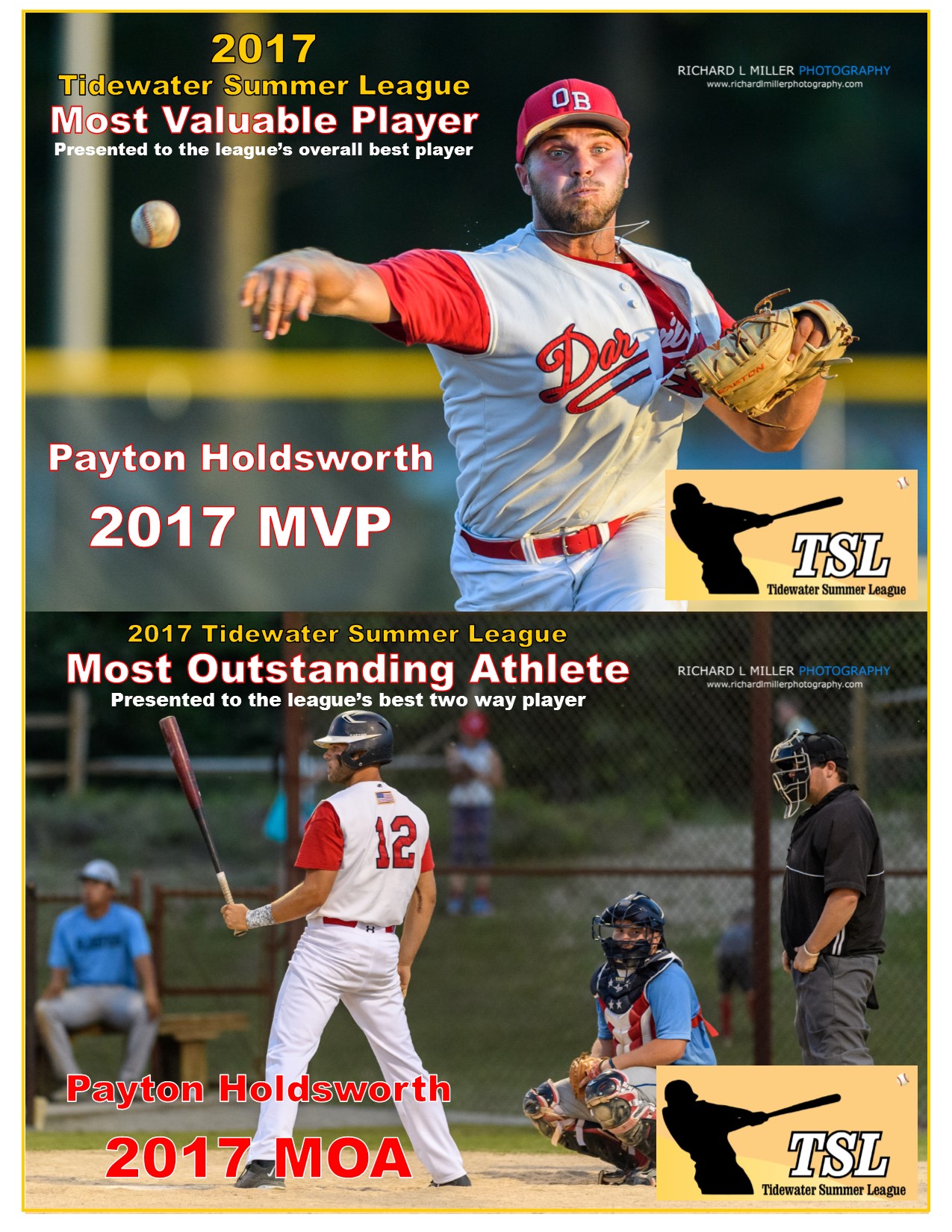