KILL DEVIL HILLS, N.C. (Aug. 6) – The Outer Banks Daredevils (3-0) took a 1-0 series lead over the Tidewater Drillers (2-1) in the 2014 Tidewater Summer League Championship Series in 12 innings at First Flight Field Wednesday by a final score of 4-3. 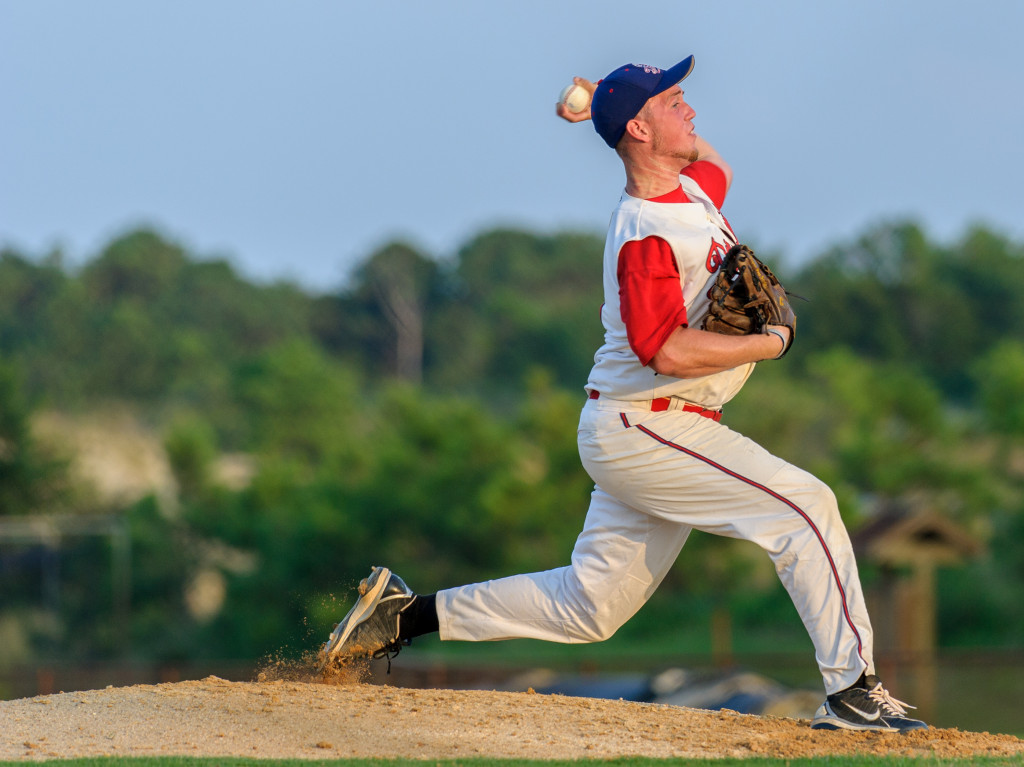 The Daredevils took a 2-0 lead in the bottom of the fourth inning with RBI’s from Chris Childress and Xavier Barriere, scoring Brad Keen and Josh Wyatt. The Drillers took the lead in the top of the fifth inning, scoring three runs off a pair of hits and an error. Nick Faison tied the game with a two-run double, and later scored the go-ahead run on a throwing error by Wyatt to make it a 3-2 game in favor of the Drillers. 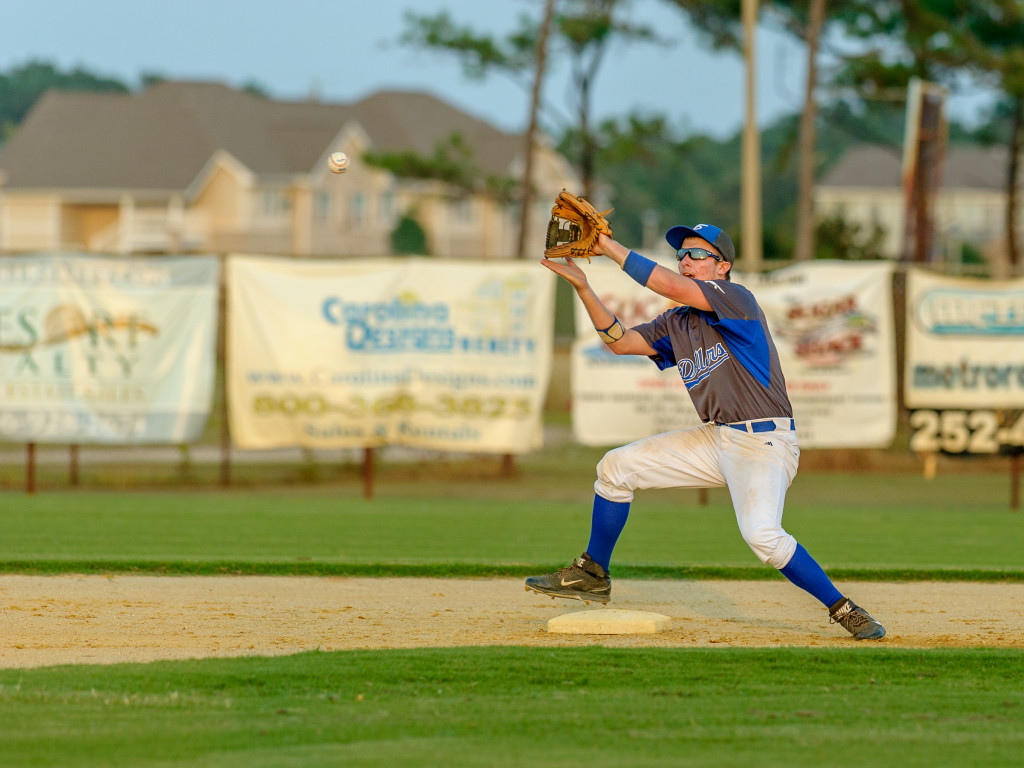 The Daredevils tied the game up at three in the bottom of the ninth inning, when Brett Johnson drew a walk on a 3-2 pitch with the bases loaded and two outs, which scored pinch runner Bailey Lipscomb from third.

Both teams had limited chances to score runs in extra innings, but it was the plate vision of Childress that allowed him to draw a leadoff walk in the bottom of the 12th inning. Childress reached second on a passed ball as Barriere squared for a bunt attempt, but pulled back to allow the ball to reach the backstop. On a 2-2 count, Barrier hit a soft liner down the third-base line in the outfield to score Childress from second base to win the game 4-3. 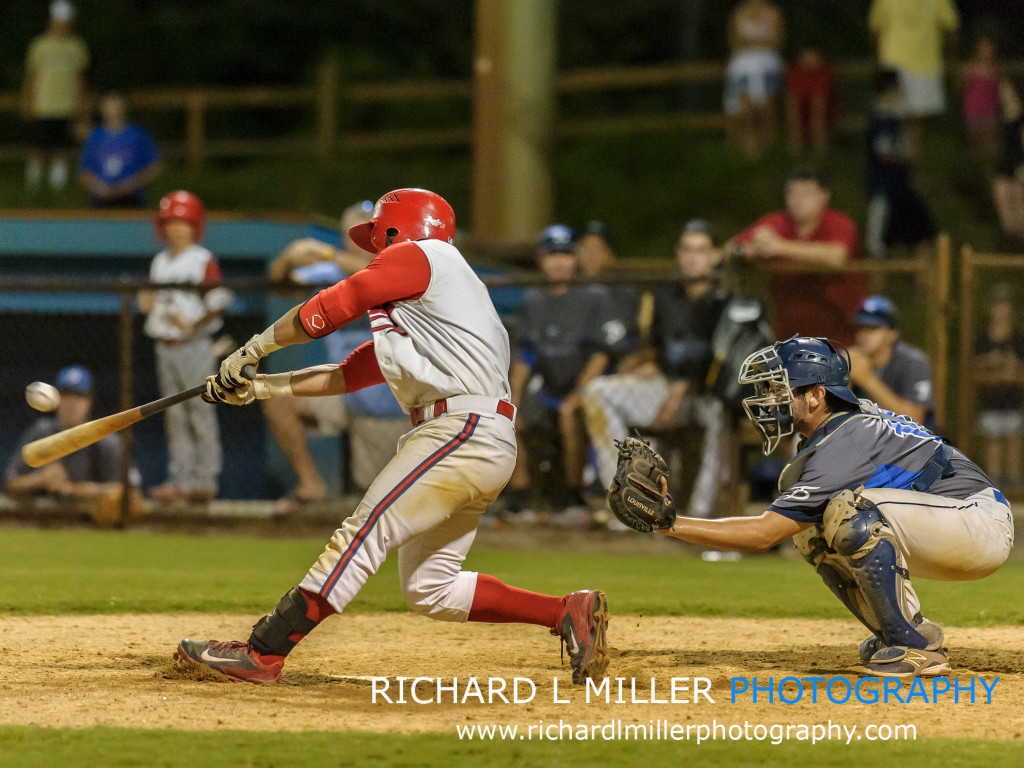 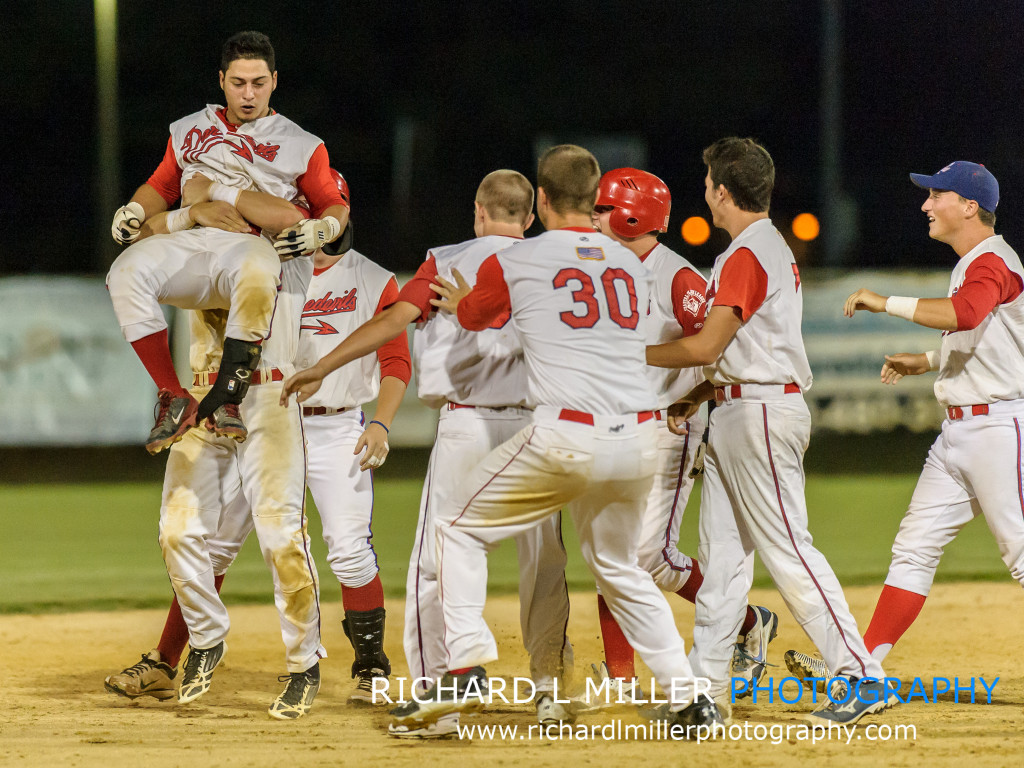 This was the second time this postseason the Daredevils needed extra innings to pick up a victory. The Daredevils won 2-1 against the Greenbrier Knights in Game 1 of Series A back on July 30. The Daredevils only had one extra-inning game during the regular season.

With the win, the Daredevils take a 1-0 series lead, while the Drillers had their winning streak snapped at 17 games. The Drillers’ last loss previously to Wednesday was against the Daredevils June 23.

The Daredevils look to close out the series Thursday against the Drillers at First Flight Field. Gates open at 6, with first pitch to follow at 7:05. If the Drillers do win Game 2, then the decisive Game 3 is scheduled to be played Friday in Kill Devil Hills.