KILL DEVIL HILLS, N.C. (June 9) – In a back-and-forth game at First Flight Field Monday, the Outer Banks Daredevils (5-1) picked up a 9-8 win over the Virginia Warriors to extend their win streak to five games. It was Dare Education Foundation Appreciation Night, and DEF Executive Director Elisabeth Piff was on hand to throw out our first pitch. 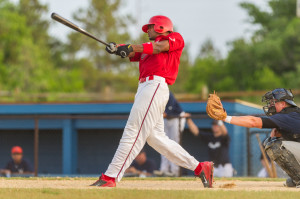 The visiting Warriors got on the board first with a sacrifice fly in the top of the second inning, followed by another run in the third frame. The Daredevils returned the favor in the third and fourth innings with runs of their own. Virginia picked up another run in the sixth, while the Daredevils evened things up at three with a run of their own in the seventh inning.

The eighth inning of Monday’s game was by far the most action-packed. Virginia scored four runs in the top half of the frame off two runs and an error. Going into the bottom half of the inning, things looked bleak for the Daredevils. 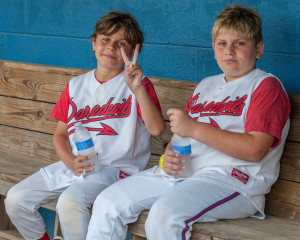 However, that was not the case. The leadoff batter Josh Wyatt reached base on a walk, while Brett Johnson hit a single up the right side and Corey Ballard drew a walk to load the bases with no outs. Xavier Barrier also drew a walk to bring in a run. Tyler Franko and Graham Barnes each followed with singles to bring in a few more runs, and Dylan Harvey drove in Franko for the go-ahead run with a double to right-center field.

Kyle Spruill, who came on to relieve Wes Carmichael in the eighth inning with two outs, picked up the win, after allowing a runner to reach third base with one out. Spruill stuck out the next two batters to finish off the Warriors.

In total, six Daredevils collected RBIs, while Harvey and Franko had two each. The Daredevils also collected 10 hits while stranding five runners. 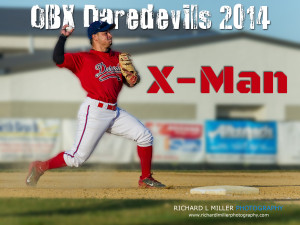 The Daredevils put their five-game win streak on the line Tuesday when they host the Greenbrier Knights on Dare CASA Appreciation Night. The gates open at 6 p.m., with a pre game mini concert by the Sea Notes Barber Shop Quartet at 6:20. The Sea Notes will also be singing the National Anthem, with the first pitch scheduled for 7:05.